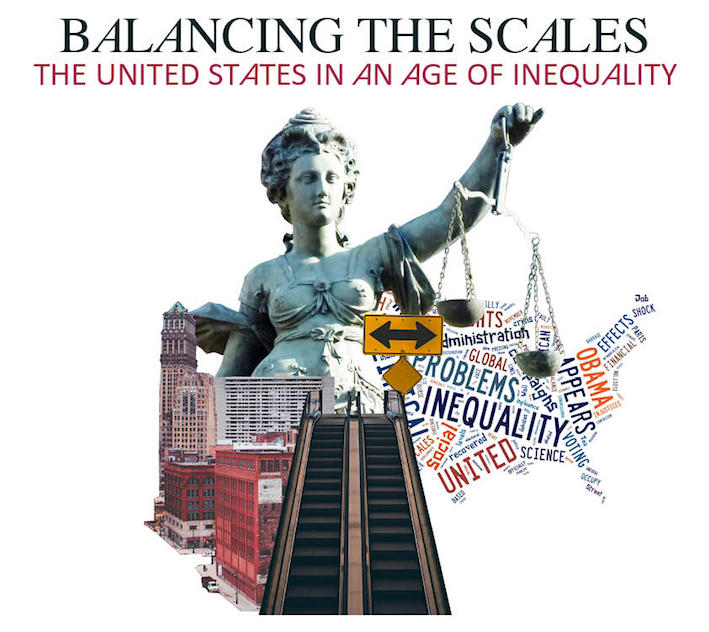 During the eight years of the Obama presidency, the United States' economy appears to have recovered from the economic shock induced by the financial crisis of 2008. Job numbers have increased, while key indicators for economic growth continue to gradually rise. Yet at the same time, the U.S., along with most parts of the world, faces historically unprecedented levels of economic inequality.

While social movements such as Occupy Wall Street, on the left, and the Tea Party, on the right, still seemed able to influence political discourse based on perceived injustices and economic imbalance, these debates have lost traction. Meanwhile, the manifold problems caused by inequality persist along the fault lines of wealth, gender, and race.

In November 2016, after the presidential election cycle is officially over and the barrage of campaign rhetoric has abated, we aim to revisit the pressing question of inequality, which appears to lie at the heart of so many of the economic, socio-cultural, and political problems facing the U.S. and the world outside its borders. How has the Obama administration fared in addressing these problems? How have rampant inequalities shaped electoral campaigns and promises? How, if at all, will the next administration and the next Congress address the lingering problems caused by the unequal distribution of wealth, justice, rights, and various forms of capital?

Registration form (please fill out the form and send it to info@atlantische-akademie.de)

"'Tested' looks at the important issue of racial diversity and elite public schools by following a dozen families in New York City from different racial, socio-economic and religious backgrounds as they prepare to pass a single standardized test to get into one of the city's best high schools"

Equitable Growth, Mobility or Opportunities for All? How Progressive, Conservative, and Centrist Think Tanks and Research Groups Discuss Income Inequality in the US and Elsewhere
Martin Thunert

16:00 Panel I: Inequalities at Home (continued)

Is College Worth It? The Rising Costs of College Education as a Driver of Inequality
Mathias Enders

Not all candidates are equal - they don't even have equal chances. Inequalities in political ambition and political success in the U.S.
Patrick Horst

Politics stops at the ports: Tracing the politicization of US trade policy
Curd Knüpfer

Can Neoliberalism really explain rising inequality? Examining the post-1980s transformation of the US economy and Financialization as a contending concept
Puneet Bhasin

In association with Atlantische Akademie Rheinland-Pfalz