Initiated in 2019, the Excellence Cluster 2020 re-conceptualizes global literature, positing that literature's temporal entanglements crucially contribute to its becoming global. Research Area 1 "Competing Communities," in its focus on a constantly shifting plurality of literary communities, stresses the issue of competition: how do divergent communities co-exist in relations of entanglement? How do they compete, interact and even intersect at the same time? Against the backdrop of these and other questions, RA 1 tackles (literary) communities as sites of multiple forms of competition – between different notions of the literary, discourses, material and artistic practices, gendered concepts of literature, as well as between linguistic, cultural and literary groups and circles.

Within the larger framework of the Cluster’s overall research agenda, RA 1 contends that the very concept of globality is always already a 'fiction'; what we actually observe are competing communities that explicitly or implicitly make claims to their own 'globality' in time. Our research projects thus acknowledge the multiplicity and inexhaustibility of global relations and how such relations generate both exclusion and inclusion. We furthermore address a multitude of potentially conflicting interrelations that are marked by their performative, processual, creative and competitive character.

We are delighted to announce that our collaboration with the Terra Foundation for American Art in the form of the Terra Visiting Professorship has been renewed and extended for another six-year period of collaboration.

These eight-month visiting professorships aim at fostering the cross-cultural, trans-disciplinary scholarly engagement with North American Art at the John F. Kennedy Institute for North American Studies (Freie Universität Berlin) and the art history departments of Freie Universität and Humboldt Universität, respectively. Visiting professors will offer two specialized seminars per semester in American Art History (B.A. and M.A. levels) and participate in the larger academic community of the Kennedy Institute for the duration of their stay. On top of teaching, candidates will be strongly encouraged to supervise theses in their areas of expertise and are expected to organize one international research event, conference, or symposium in Berlin in order to further facilitate the expertise in, and increase the visibility of, the fields of North American Art History and Visual Culture Studies at the institutions involved.

The John F. Kennedy Institute is happy to announce the Terra Visiting Professors for the upcoming academic years. We are very excited to be welcoming the three following candidates:

The African Atlantic Research Group (AARG) formed during two research workshops in Berlin (June 2017) and NYC (April 2018). AARG aspires to facilitate multi-year collaborative research examining the social and cultural lives of post-World War II African immigrants to the United States and in the sphere we call “The New Black Atlantic.” This comparative and broadly interdisciplinary project will analyze recent processes of identity formation along with quickly developing traditions of art and culture within these communities as a consequence of the changing realities of migration in this region of the African diaspora.

This project, which begins in July 2019, aims to demonstrate how “whiteness” has emerged as a critical category in contemporary networks of African American media production—critical in two meanings of the term: as a simultaneously significant (meaning-making) and contested (controversially conspicuous) category. The project thus follows the hypothesis that the cultural (and economic) success of African American media networks in the digital age—and more specifically, in the historical context of hashtag activisms like #BlackLivesMatter and #oscarssowhite—complicates the status of “whiteness” as a signifier in American cultural production both at the level of structure and content.

Race and Reality: The Aesthetic Experience of Blackness

Discussions on race and racism traverse multiple levels of reality, from the psychology of implicit bias, to the phenomenology of racial perception and embodiment, sociological structural racism, political theories of racial nationalism and emancipation, and theories of racial cultural production. Black American scholars, artists, and activists have worked across these levels in an effort to explore the multidimensionality of race and racism as a starting point for effective interventions. "Race and Reality" focuses on the work of W.E.B. Du Bois, James Baldwin, and Audre Lorde as foundational figures for an aesthetic philosophy of race that brings together contemporary work in the Critical Philosophy of Race, Black Aesthetics, and African-American Philosophy more broadly. Their works draws attention to relationship between racialized forms of experience and social structures, which connects these multiple dimensions of the reality of race. Through this synthesis, we can use their aesthetic and political vocabulary to take a constructivist approach to racial politics that avoids the bifurcation between psychological and structural approaches that commonly occurs in institutional and cultural politics.

On the Road To Collapse: the Road Novel and the Sub/Urban Sensorias of Empire

"On The Road to Collapse" starts in the 1950s. It tracks the transformation of automobile narratives from the diffuse, experimental, and internationalist genres associated with hobo narratives, naturalist migration novels, and expressionist accounts of automotive urbanism into a new, recognisable genre. This project argues that the road novel became a particularly powerful, and eventually global genre because of its unique ability to project the seductive phantasmagorias of a new, US backed urban modernity that could bring together working-class rebellious subjectivities with those of privatised, entrepreneurial Cold War subject.

The dissertation and research project “American (Proto)fascism, 1914-1933” supplements modernist cultural histories, arguing against exceptionalist narratives of American democratic culture as well as Eurocentric narratives of fascism’s genesis, to suggest a genealogy of fascism’s American origins. This dissertation describes not only the phenomenon of American (proto)fascism but also argues for its critical, if often overlooked, role in informing the development of European fascism. Focusing on the body’s crucial position in the conception and propagation of fascist ideology, it considers the transnational circulation and reception of instances of American culture that emerged between 1914 and 1933, a moment of heightened racism, anti-democratic patriotism, and widespread interest in eugenics. Yet, while this project focuses on a modernist moment, it frames these instances as revealing tendencies in American culture that are rooted in American romanticism.

The project investigates online-presences of the new or alt-right (US, UK, Germany, Austria). The movement's specific newness is their appropriation of progressive identity politicsrhetoric for their purpose: the re-fortification of unchallenged white male hegemony. The altright – informal network of ethnonationalists, antifeminists, and racists – thus presents a discursive guerilla, ironically employing liberal terminologies. The alt-right's modus operandi is to establish 'revolutionary' vocabularies fueling an 'alternative' reality, where white men figure as a 'marginalized group'. (Funding amount ca. 80,000 Euro)

Remakes, Sequels, and Prequels in Hollywood Cinema: A Cultural History

My research project explores the cultural history of Hollywood remaking, from the transition to sound to the digital era (1927–2015). While academic and journalistic writings often frame cinematic remaking as a symptom of Hollywood’s waning creativity, I argue that it has always played and continues to play an important role in structuring the development of cinema as a technological medium and in shaping processes of identity formation among successive generations of cinemagoers in the U.S. The project adopts a broad concept of remaking that extends to all formats that repackage an already familiar story (remake, sequel, and prequel), and a cultural studies approach that treats these films as sites of memory and pop-cultural archives. It further combines a production-oriented analysis, focusing on moments when predominant production practices and media ecologies of the U.S. film industry have changed, with an inquiry into reception, audience engagement, and the ways in which Hollywood remaking becomes productive in the discourses and paratexts that surround it. My research sheds light on the evolution of Hollywood remaking both from a synchronic and diachronic perspective, and it examines how remakes, sequels, and prequels participate in writing the history of their own medium, promote feelings of media-generational belonging, and ultimately foster knowledge about film, culture, and the nation at large.

Fictions and Figurations at the Intersection of Law, Literature, and Finance

My study is situated in the field of Law and the Humanities and explores the role of fictionality in literary and non-literary sources. Specifically, I contend that, while law’s modus operandi is the maintenance of boundaries – norms, rules, and regulations –, literature’s function can be understood as the direct opposite: through fictionalizing acts, literature goes beyond what is familiar and established into the realm of the imaginary and gives it gestalt. Through this movement of translation between what Wolfgang Iser has called the real and the imaginary, the fictive serves as the force that facilitates the emergence of new meaning. Despite law’s emphasis on stability and conservatism, legal discourse, I argue, likewise requires such a transgressive agent if it is adequately to accommodate social change. In other words, law employs fictions in the same manner, albeit for a different purpose, than literature does. Based on my research into the cultural history of the American business corporation in the nineteenth century and specifically the legal fiction of corporate personhood, I want to develop an approach to fictions that is specifically geared towards research into literary and non-literary fictions so as to facilitate interdisciplinary research at the intersection of law, literature and finance. (Fördersumme 36.000 Euro)

Making Knowledge Public: Epistemic Institutions and Spaces in the U.S. at the Turn of the 20th Century

Part of a larger book project on American knowledge cultures, Alexander Starre's research stay at Brown University (October 2016-September 2017) is funded by a Feodor Lynen Research Fellowship by the Alexander von Humboldt Foundation. The project aims to explore the period from the 1880s to the 1920s in a critical account of two uniquely American institutions that speak to the epistemic transformations of this modernizing era: the Carnegie library and the university press. (Funding amount: ca. 70,000 Euros) 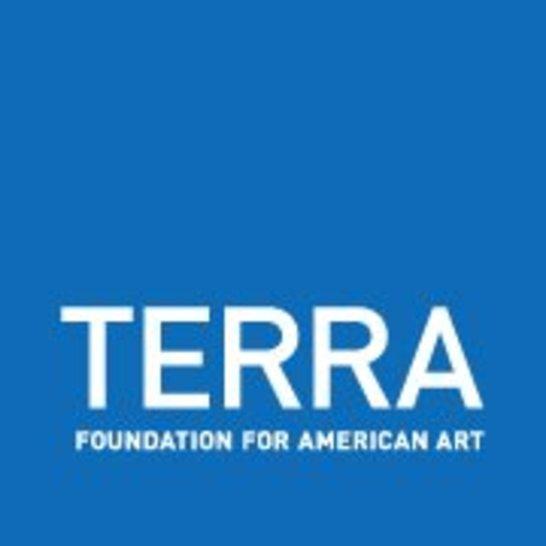 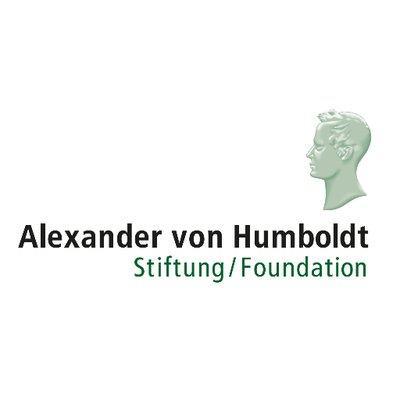 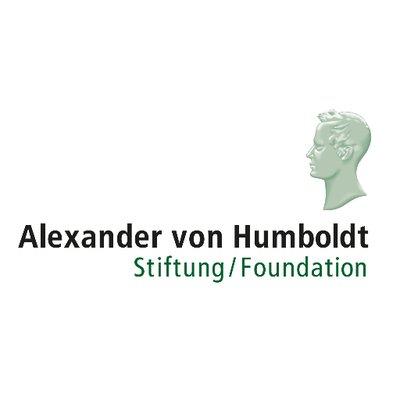