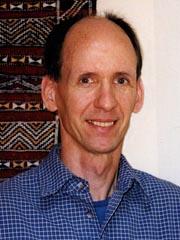 James Clifford is Emeritus Professor in the History of Consciousness Department, an interdisciplinary PhD program founded in the early years of the University of California, Santa Cruz. During the 1980s, Clifford, along with Hayden White, Donna Haraway, and other prominent faculty, made the program an internationally recognized center for innovative critical scholarship. Clifford was also founding director of the UCSC Center for Cultural Studies. He was trained in social and cultural history at Harvard University, where he wrote on twentieth-century French ethnology, colonialism, and Melanesian cultural change. He is best known for his historical and literary critiques of anthropological representation, travel writing, and museum practices. Clifford co-edited  (with George Marcus) the controversial intervention, Writing Culture, the Poetics and Politics of Ethnography (1986). He is currently completing Returns, a book about indigenous cultural politics that will be the third in a trilogy. The widely influential first volume, The Predicament of Culture (1988) juxtaposed essays on 20th-century ethnography, literature, and art. The second, Routes: Travel and Translation in the Late 20th Century (1997) explored the dialectics of dwelling and traveling in post-modernity. The three books are inventive combinations of analytic scholarship, meditative essays, and poetic experimentation. Clifford continues to work on issues related to indigeneity, globalization, museum studies, visual and performance studies, cultural studies, and cross-cultural translation.