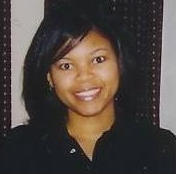 Trimiko Melancon ([tr ·`mi·ko m ·lan·`son]) is a name that most of us would very rarely encounter: first Japanese and then Louisiana French-Creole. Not at all ordinary, it is an apt reflection of the individual to whom it belongs. After completing a bachelor degree in English with a minor in Music and Art at Xavier University of Louisiana, Dr. Melancon pursued graduate studies in African American Literature and Culture at the W.E.B. Du Bois Department of Afro-American Studies at the University of Massachusetts, Amherst. Her dissertation “Disrupting Dissemblance: Transgressive Black Women as Politics of Counter-Representation in African American Women’s Fiction” investigates the ways in which Toni Morrison, Ann Allen Shockley, and Alice Walker subvert representations of black women in the American literary and cultural imagination.

She has taught at many institutions. Among them are the University of Massachusetts, Amherst, Indiana University of Pennsylvania and St. Lawrence University in upstate New York. During this academic year, Dr. Melancon will be teaching at the John F. Kennedy Institute for North American Studies. The focus of her current research, as well as her teaching, lies primarilyin constructions of “blackness,” especially representations of black women’s identities, and how these are informed by positionality and temporality. Key words are “intersectionality” — with regards to race, gender, sexuality, class and nation — and “transgression.”

In class, Dr. Melancon urges us to interrogate the meanings of “cultural otherness” and the rhetoric of “difference”: dissuading us from forming stereotypical assumptions, on the one hand, and finding too much security in the thought that times have changed entirely for the better, on the other. In addition to using the classroom as a space of intellectual engagement, in which her students learn, she opens herself to German culture and the learning process. Without being selfconscious at all, she furthers her knowledge of the German language. This is quite an undertaking for any non-native speaker. However, she hopes to return home with, in her own words, “an accent like Du Bois.”